It’s a Todo iOS Application with offline support by the use of Core Data which has been developed as a code challenge. It’s written purely in Swift without using 3rd party frameworks. The project included Unit Tests for the Core Data Layer and UI Tests exist as well.

What do you want to show by this project❓

How DO I respect the topics below while developing a software:

Architecture (heart of the app❤️) 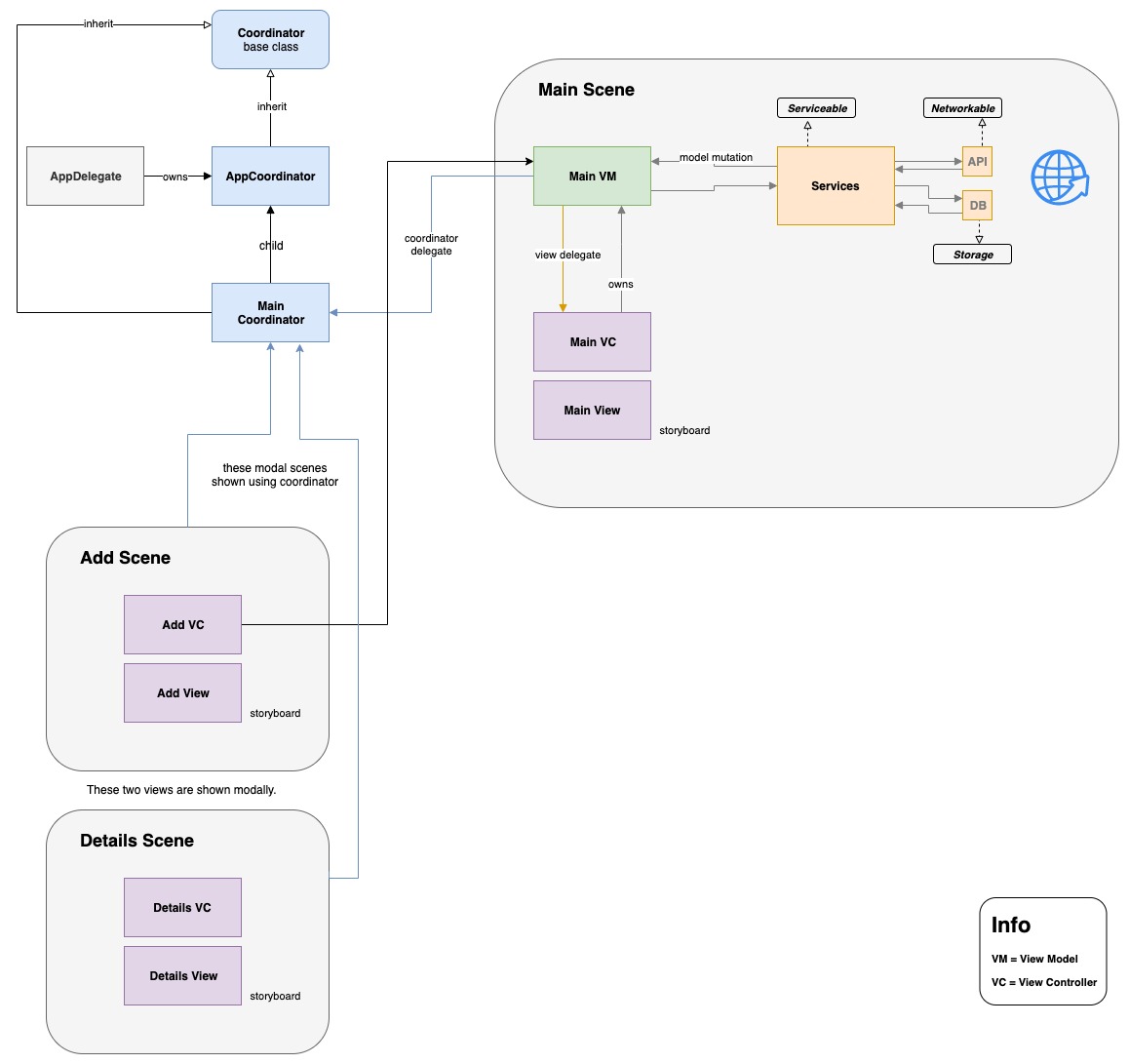 MVC architecture in iOS translated to Massive View Controller. The first reason for this choice is because soon or late the code base converts to a spaghetti code-base easily. The second one is that I highly believe in sOlid principles, especially the o one which means Open For Extension So, I used this architecture to make a passive ViewController by outsourcing business logic to the ModelView layer.

It makes the app coordination super simple. Plus, it brings loosely coupling between ViewControllers. Thus, we’ll have a more testable codebase. In another way, a Coordinator is like a company that knows how to make each scene(VCs and VMs).

This layer is simply responsible for communicating with whatever exists outside of the application. Like API calls, Bluetooth, saving on storage or database, etc. Again, I highly respect the SOLID principles. On the diagram image on part services, you can see Dependency Inversion. For example, in the future, if we would like to use Realm instead of Core Data, we can simply implement the Storage protocol in a class that uses Realm and easily inject it into the services layer instead of the current implementation of the Storage which is using Core Data. Thus, again, this brings Modularity and Open For Extention principles to the code-base. 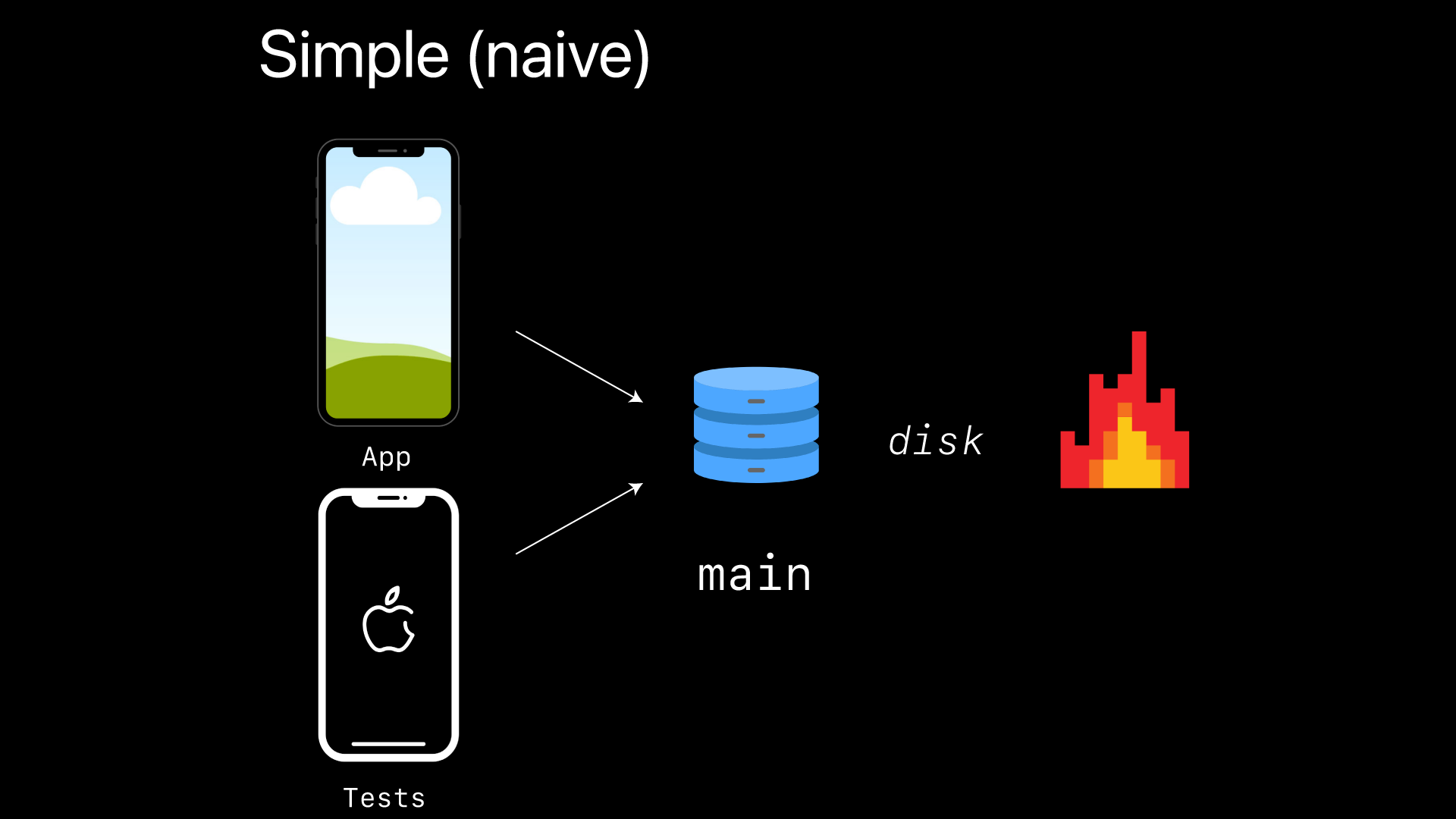 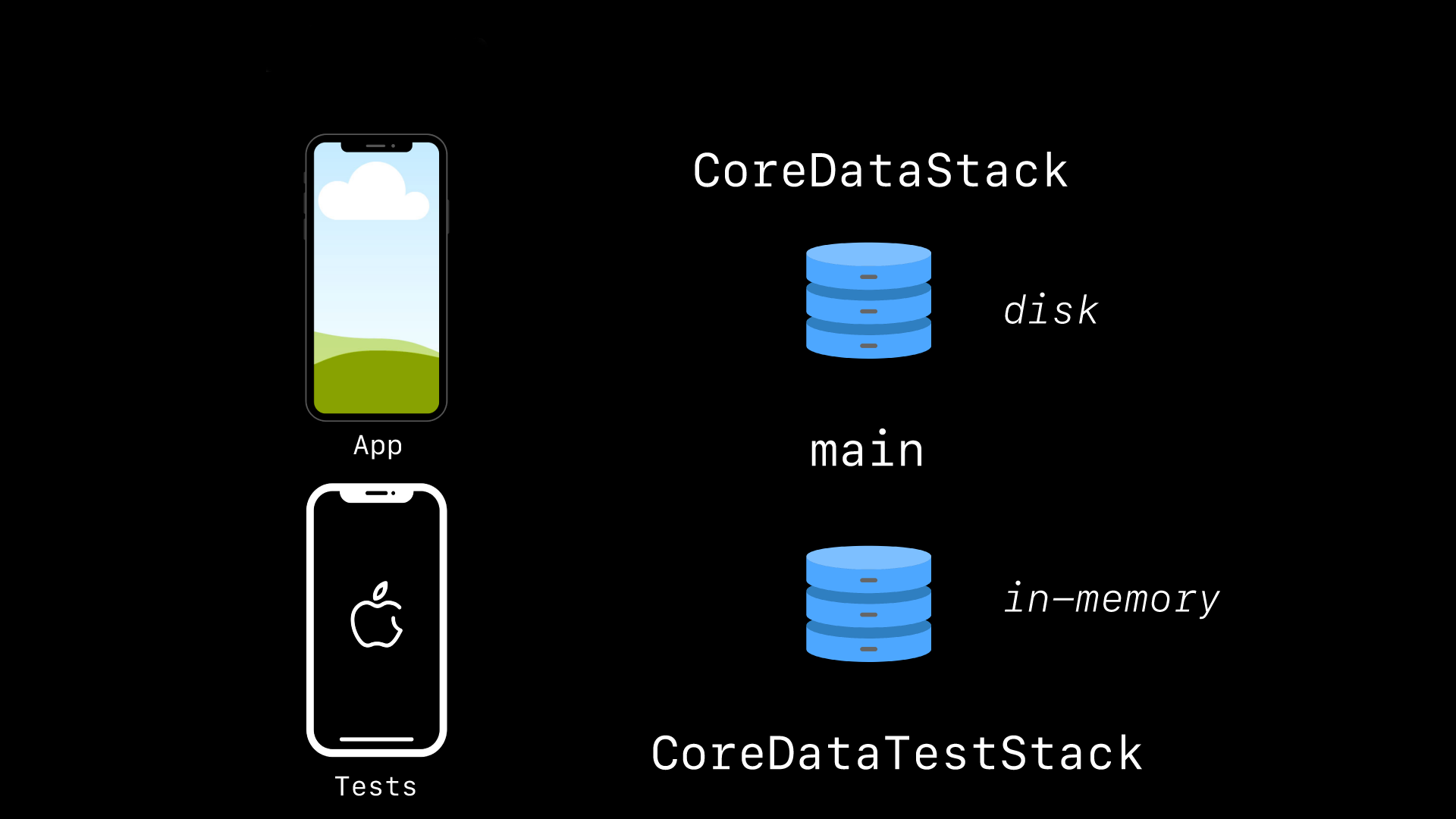 The left one uses by the application to really save on disk.

The right one uses by the test cases. It’s created on memory that is why tests run very fast.

I invite you to see Unit Tests of the Core Data and application itself as well as UI Tests. I used GWT method to make the tests cleaner.

Attention☝🏼 Before running UITests, press Command⌘ + k on the Simulator to toggle the software keyboard.

We would like you to build a simple “to-do” app which consists of tasks in list and task detail in detail screen.

After completing the assignment, create a pull request to main branch. Then please send an email to the People Department with the link of the GitHub repo.

A simple Landmarks app that covers the basics of Swift, SwiftUI and Core Data
16 September 2022
A todo list use Swift and CoreData
17 April 2022
Swift 5 can record the technology used and the .Core Data Travel Book application on the maps with the image of the desired place on the maps
15 March 2022