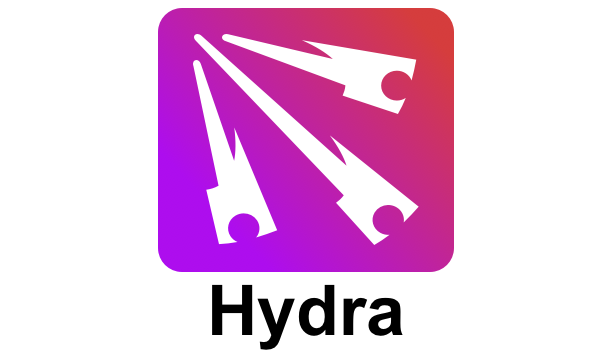 Hydra is full-featured lightweight library which allows you to write better async code in Swift 3.x/4.x. It's partially based on JavaScript A+ specs and also implements modern construct like await (as seen in Async/Await specification in ES8 (ECMAScript 2017) or C#) which allows you to write async code in sync manner.
Hydra supports all sexiest operators like always, validate, timeout, retry, all, any, pass, recover, map, zip, defer and retry.
Starts writing better async code with Hydra!

A more detailed look at how Hydra works can be found in ARCHITECTURE file or on Medium.

Hi fellow developer!
You know, maintaing and developing tools consumes resources and time. While I enjoy making them your support is foundamental to allow me continue its development.

If you are using SwiftLocation or any other of my creations please consider the following options:

A Promise is a way to represent a value that will exists, or will fail with an error, at some point in the future. You can think about it as a Swift's Optional: it may or may not be a value. A more detailed article which explain how Hydra was implemented can be found here.

Each Promise is strong-typed: this mean you create it with the value's type you are expecting for and you will be sure to receive it when Promise will be resolved (the exact term is fulfilled).

A Promise is, in fact, a proxy object; due to the fact the system knows what success value look like, composing asynchronous operation is a trivial task; with Hydra you can:

Since 0.9.7 Hydra implements Cancellable Promises. In order to support this new feature we have slightly modified the Body signature of the Promise; in order to make your source code compatible you just need to add the third parameter along with resolve,reject: operation.
operation encapsulate the logic to support Invalidation Token. It's just and object of type PromiseStatus you can query to see if a Promise is marked to be cancelled from the outside.
If you are not interested in using it in your Promise declaration just mark it as _.

To sum up your code:

Creating a Promise is trivial; you need to specify the context (a GCD Queue) in which your async operations will be executed in and add your own async code as body of the Promise.

This is a simple async image downloader:

You need to remember only few things:

How to use a Promise

Using a Promise is even easier.
You can get the result of a promise by using then function; it will be called automatically when your Promise fullfill with expected value.
So:

As you can see even then may specify a context (by default - if not specified - is the main thread): this represent the GCD queue in which the code of the then's block will be executed (in our case we want to update an UI control so we will need to execute it in .main thread).

But what happened if your Promise fail due to a network error or if the image is not decodable? catch func allows you to handle Promise's errors (with multiple promises you may also have a single errors entry point and reduce the complexity).

Chaining Promises is the next step thought mastering Hydra. Suppose you have defined some Promises:

Each promise need to use the fulfilled value of the previous; plus an error in one of these should interrupt the entire chain.
Doing it with Hydra is pretty straightforward:

Easy uh? (Please note: in this example context is not specified so the default .main is used instead).

When isCancelled is set to true it means someone outside the promise want to cancel the task.

It's your responsibility to check from inside the Promise's body the status of this variable by asking to operation.isCancelled.
If true you can do all your best to cancel the operation; at the end of your operations just call cancel() and stop the workflow.

Your promise must be also initialized using this token instance.

This is a concrete example with UITableViewCell: working with table cells, often the result of a promise needs to be ignored. To do this, each cell can hold on to an InvalidationToken. An InvalidationToken is an execution context that can be invalidated. If the context is invalidated, then the block that is passed to it will be discarded and not executed.

To use this with table cells, the queue should be invalidated and reset on prepareForReuse().

Have you ever dream to write asynchronous code like its synchronous counterpart? Hydra was heavily inspired by Async/Await specification in ES8 (ECMAScript 2017) which provides a powerful way to write async doe in a sequential manner.

NOTE: Since Hydra 2.0.6 the await function is available under Hydra.await() function in order to supress the Xcode 12.5+ warning (await will become a Swift standard function soon!)

For example the code above can be rewritten directly as:

Like magic! Your code will run in .background thread and you will get the result of each call only when it will be fulfilled. Async code in sync sauce!

Important Note: await is a blocking/synchronous function implemented using semaphore. Therefore, it should never be called in main thread; this is the reason we have used async to encapsulate it. Doing it in main thread will also block the UI.

async func can be used in two different options:

As we said we can also use async with your own block (without using promises); async accepts the context (a GCD queue) and optionally a start delay interval.
Below an example of the async function which will be executed without delay in background:

There is also an await operator:

When you use these methods and you are doing asynchronous, be careful to do nothing in the main thread, otherwise you risk to enter in a deadlock situation.

The last example show how to use cancellable async:

Await an zip operator to resolve all promises

Await can be also used in conjuction with zip to resolve all promises from a list:

Because promises formalize how success and failure blocks look, it's possible to build behaviors on top of them.
Hydra supports:

always func is very useful if you want to execute code when the promise fulfills — regardless of whether it succeeds or fails.

validate is a func that takes a predicate, and rejects the promise chain if that predicate fails.

timeout allows you to attach a timeout timer to a Promise; if it does not resolve before elapsed interval it will be rejected with .timeoutError.

all is a static method that waits for all the promises you give it to fulfill, and once they have, it fulfills itself with the array of all fulfilled values (in order).

If one Promise fail the chain fail with the same error.

Execution of all promises is done in parallel.

If you add promise execution concurrency restriction to all operator to avoid many usage of resource, concurrency option is it.

any easily handle race conditions: as soon as one Promise of the input list resolves the handler is called and will never be called again.

pass is useful for performing an operation in the middle of a promise chain without changing the type of the Promise.
You may also reject the entire chain.
You can also return a Promise from the tap handler and the chain will wait for that promise to resolve (see the second then in the example below).

recover allows you to recover a failed Promise by returning another.

Map is used to transform a list of items into promises and resolve them in parallel or serially.

zip allows you to join different promises (2,3 or 4) and return a tuple with the result of them. Promises are resolved in parallel.

As name said, defer delays the execution of a Promise chain by some number of seconds from current time.

retry operator allows you to execute source chained promise if it ends with a rejection.
If reached the attempts the promise still rejected chained promise is also rejected along with the same source error.
Retry also support delay parameter which specify the number of seconds to wait before a new attempt (2.0.4+).

Conditional retry allows you to control retryable if it ends with a rejection.

cancel is called when a promise is marked as cancelled from the Promise's body by calling the operation.cancel() function. See the Cancellable Promises for more info.

Sometimes you may need to chain (using one of the available operators, like all or any) promises which returns different kind of values. Due to the nature of Promise you are not able to create an array of promises with different result types.
However thanks to void property you are able to transform promise instances to generic void result type.
So, for example, you can execute the following Promises and return final values directly from the Promise's result property.

Add Hydra as dependency in your Package.swift

Consider ❤️ support the development of this library!

Current version is compatible with:

SwiftLocation is currently owned and maintained by Daniele Margutti.
You can follow me on Twitter @danielemargutti.
My web site is https://www.danielemargutti.com