Note: This page is meant to be a transparent documentation of this project, with some sections more detailed and story-like to provide a more personal account into what I have been up to these past few months as well as highlight some of the lessons/insights this project has taught me, both about myself and the subjects I’ve gained knowledge in. Project Shangri-La is a showcase of my efforts to restore and revamp a neglected concrete pond into a semi-automated, self-sustaining koi pond. I chose the name because I felt it was a perfect representation of what I ultimately hoped to acheive. I wanted this area to become more than the definition of an imaginary faraway haven or hideaway of idyllic beauty and tranquility. I wanted to run with my idealism – of what I dreamed doing to this pond area to make it both visually appealing and technologically advanced, but actually create and build it. I wanted to test myself to see if I could prove out some of the engineering solutions I could so easily spin up in my mind.

So I worked to do just that…

I worked to satisfy 3 main ideas that seemed to cross my mind the most:

To acheive this I used multiple microcontrollers and sensors to collect and upload data in real-time to a database – that data is then relayed to an application I developed to allow me to monitor and control the system from my phone, anywhere in the world (so long as I have internet access). In the following sections I provide more detail about the features of my system, how I got there, and many of the failures I had to face along the way to reach a successful solution.

This personal project has taught me so much about how things in our world operate and communicate on a fundamental level, and has given me a deep appreciation for the efforts of individuals all over the world. The efforts and acheivements humanity has made in the fields of electronics, software, and telecommunications are astounding, and have allowed me to take action on my ideas and turn them into a real, working physical system. I am pleased with all of the knowledge I have been exposed to and absorbed as a result of this project, and I am forever appreciative of the challenges it has faced me with, and the lessons it has taught me about myself, mainly:

This project is ultimately far from total completion and there are still many many more ideas I would love to implement, but for now, it’s safe to say V1 is complete and has been a successful effort.

The Pond Before and Now + Progress Pics

*I will also be uploading an animation of the over 250 pictures I took from start to finish from the same spot once complete. 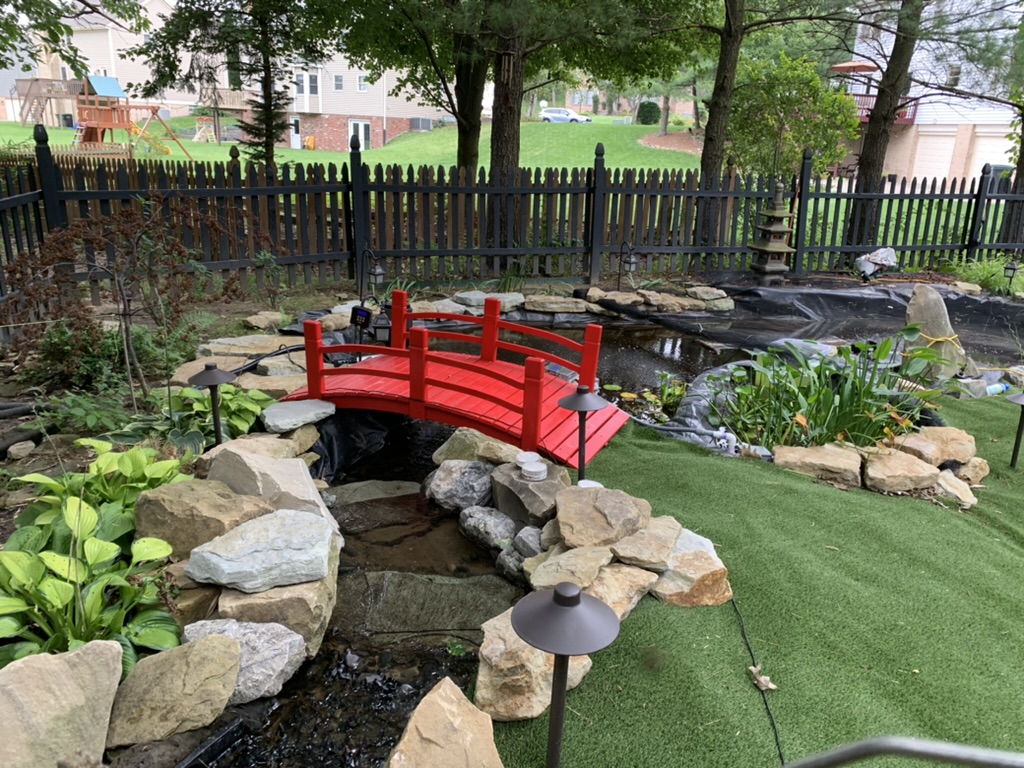 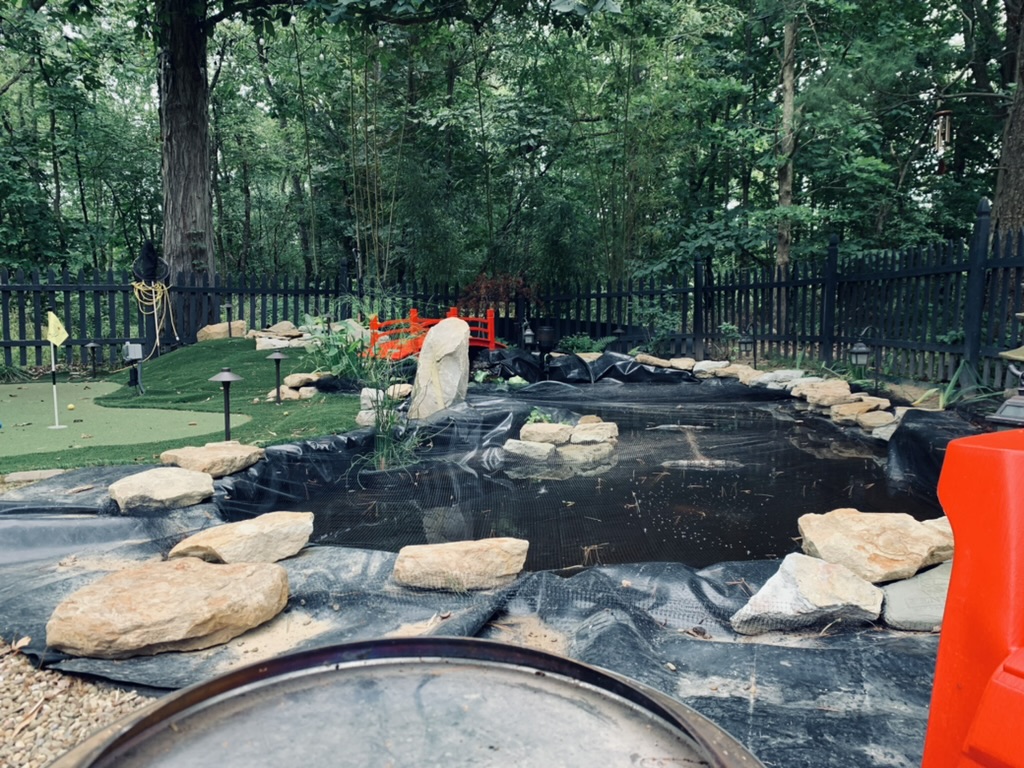 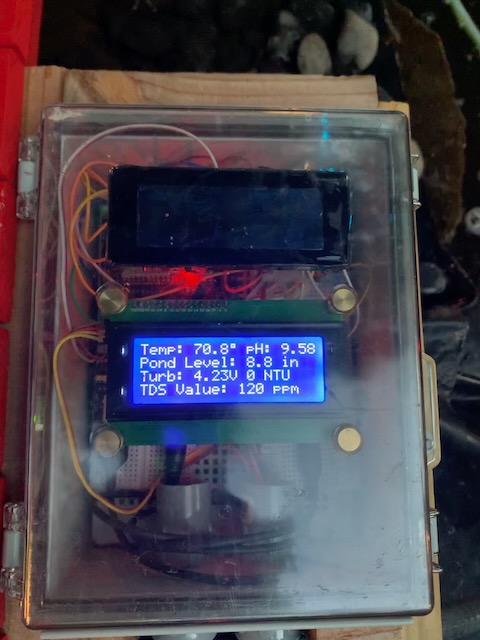 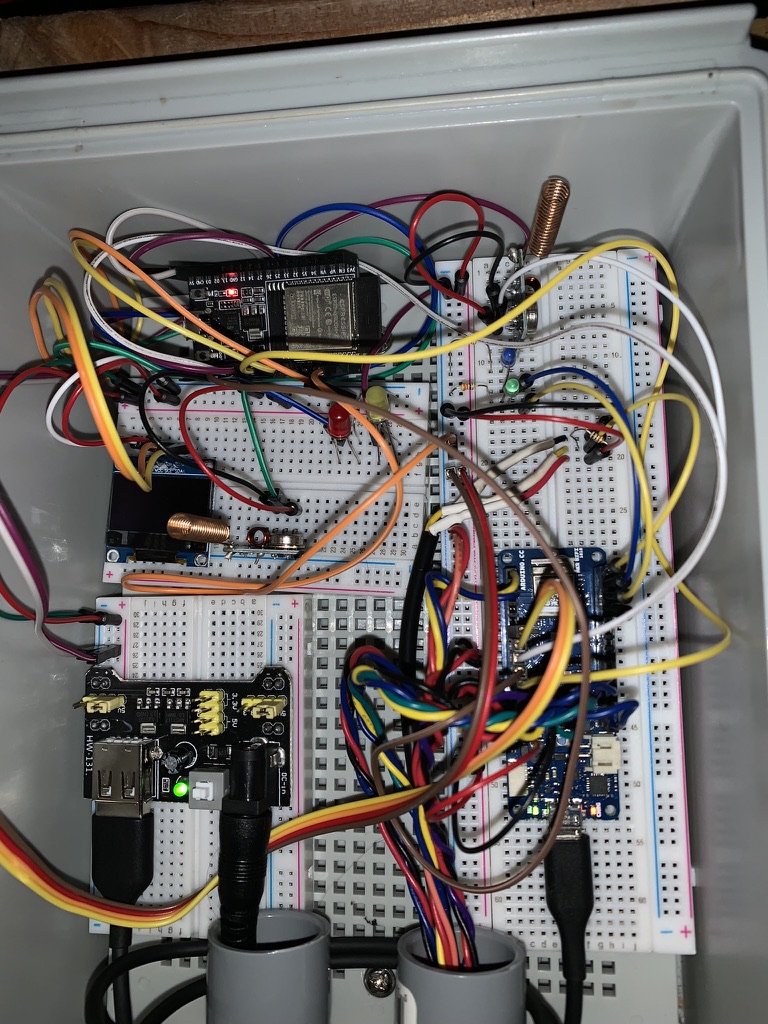 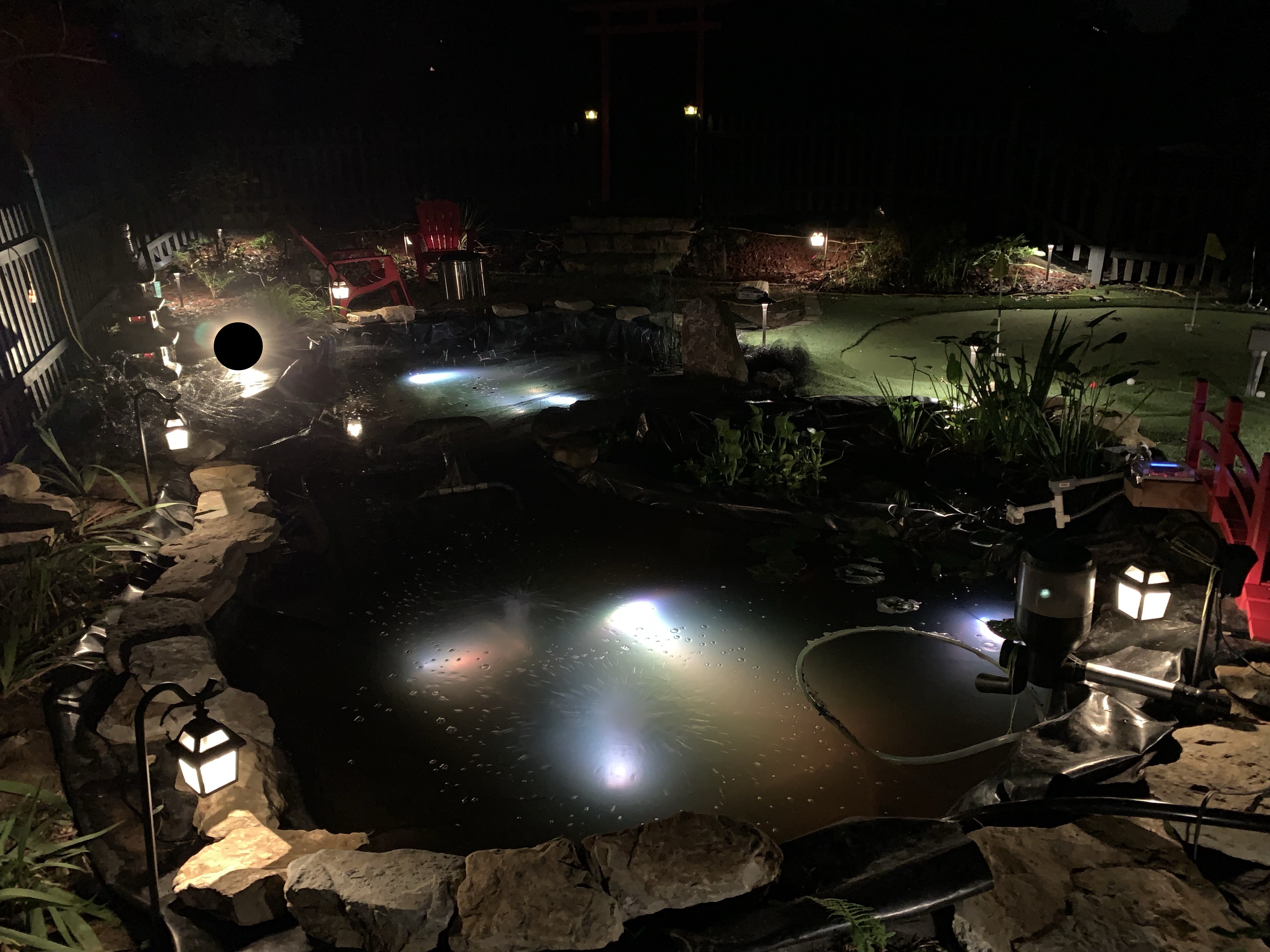 Failures (There were so so many…)

At a few points during this it was actually laughable how many issues I ran into that cost me extra time, money, and caused me to deviate from the desired ideal plan I had in mind. Ultimately, I learned that it sucks when you don’t know/have access to all necessary information to guarentee success of the effort, but you have to try it anyways. More likely than not, the imperfect solution will generate imperfections of its own that you must adapt to and face in order to reach the ultimate goal of getting something to successfully work. I learned that an imperfect working solution is much better than no solution regardless of how hard it felt to acheive.

Lesson Learned: I’m not necessarily expecting problems to arise or the worst to happen, but when issues inevitably do arise due to the nature of working with things with greater than binary complexity, I better know how to keep frustration/annoyance/other emotions in check, adapt, and continue driving towards the desired outcome. Additionally, I’ve worked to improve my preparation of the secondary/tertiary downstream effects of a decision to better avoid/fix the possible pitfalls before they occur.

Let me name just a few of my failed efforts to paint an understanding of how hard it is to generate a working solution to a unique environment.

Improvements to be made to Version 2