Draws a persistent little cutout out at the top of the screen, on top of everything else.

Each year when Apple releases a new Macbook, thousands of consumers around the globe let out a collective sigh of relief to see that the latest model is nearly physically identical to the previous model. It is of course up to 50% faster with 20% better battery life (and maybe an extra core or two) compared to your current machine, but those are the inside-parts. To the uninitiated observer, you’ve got a Macbook, same as those shiny new ones on display in Apple stores.

Want to know what model my Mac is? You’ll have to look closely at my escape key situation, test out the keyboard, or start sizing up the ports on the sides. Or at least that’s how things used to be. The new line of Macbook Pros has changed the game. Now at a glance, even the most average iPhone-owning non-Mac-having layperson will know immediately the situation with your computer. And they’ll know it’s out of date. No notch? Even the iPhone has a notch!

There’s no hiding it now. So instead, here’s a simple solution. It will buy you some time but it won’t last forever. You know you’re going to have to get one of those fancy Apple Silicon laptops eventually. Unless you already got the M1 Macbook Pro, in which case you may need this app more than the rest of us. Kind of feels like if Apple knew they were about to release a totally new MBP form factor, they could’ve waited to put their new chips in it. There’s probably nothing to read into there.

Make it as small or large as you want, and it will rise above all your other windows. Like a missing desktop centerpiece that you didn’t know you were missing until you saw those new computers. 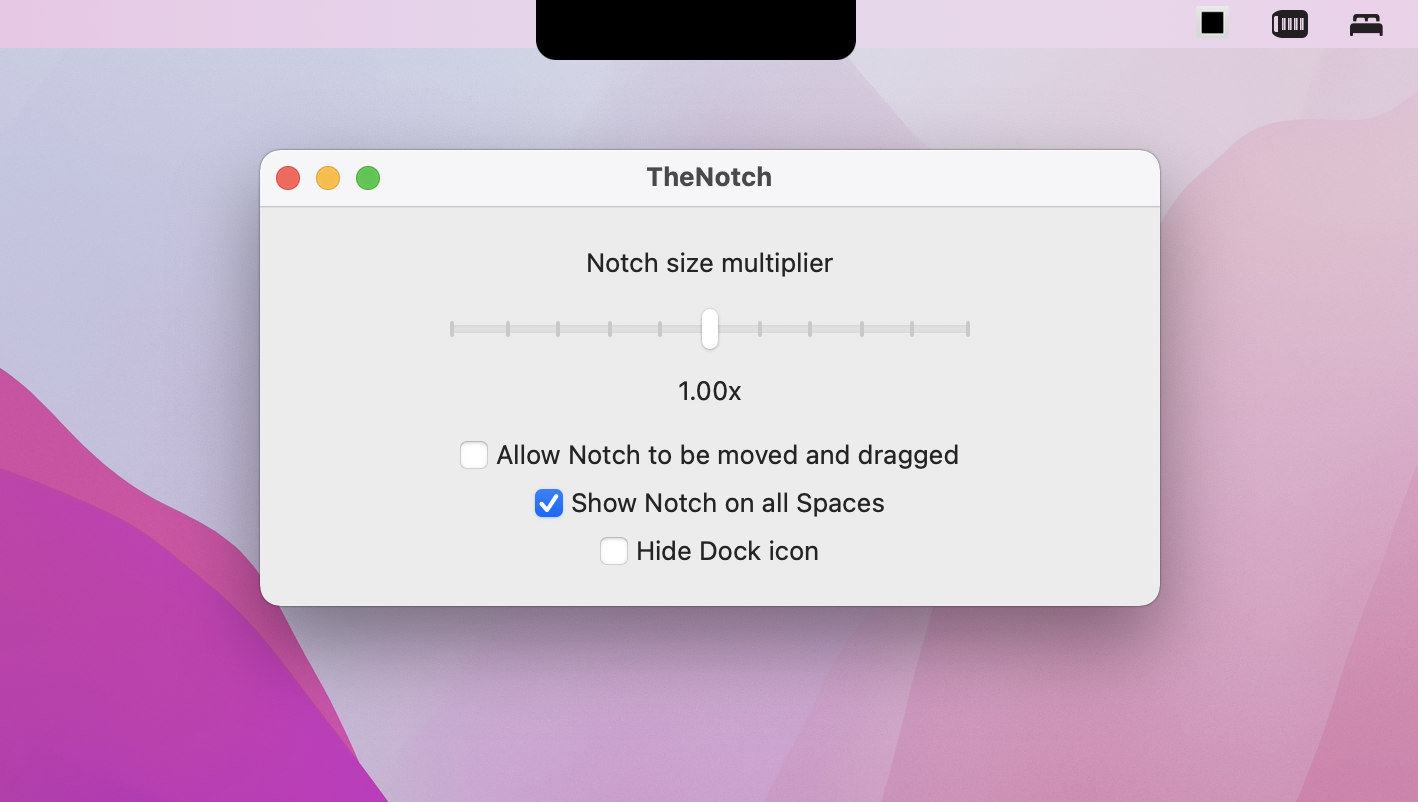