EmergencyCall is an iOS app containing a simple widget for iOS notification center. Its usage is very simple: 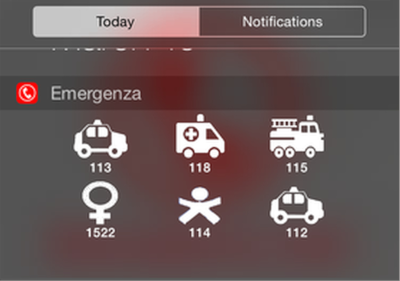 The concept of the app is simple, but it was created before the main emergency services released their official apps for fast and precise emergency response!

EmergencyCall has been on the App Store from 2017 to 2020 and was downloaded a total of 800 times from countries around Europe.