MCAPSpotlightImporter is a macOS Spotlight Importer for MCAP files. The importer gives Spotlight the ability to index MCAP files so the names of their topics, schemas, attachments, and metadata are visible and searchable in Finder and anywhere else that Spotlight is used.

This importer is included with the Foxglove Studio desktop app for macOS. 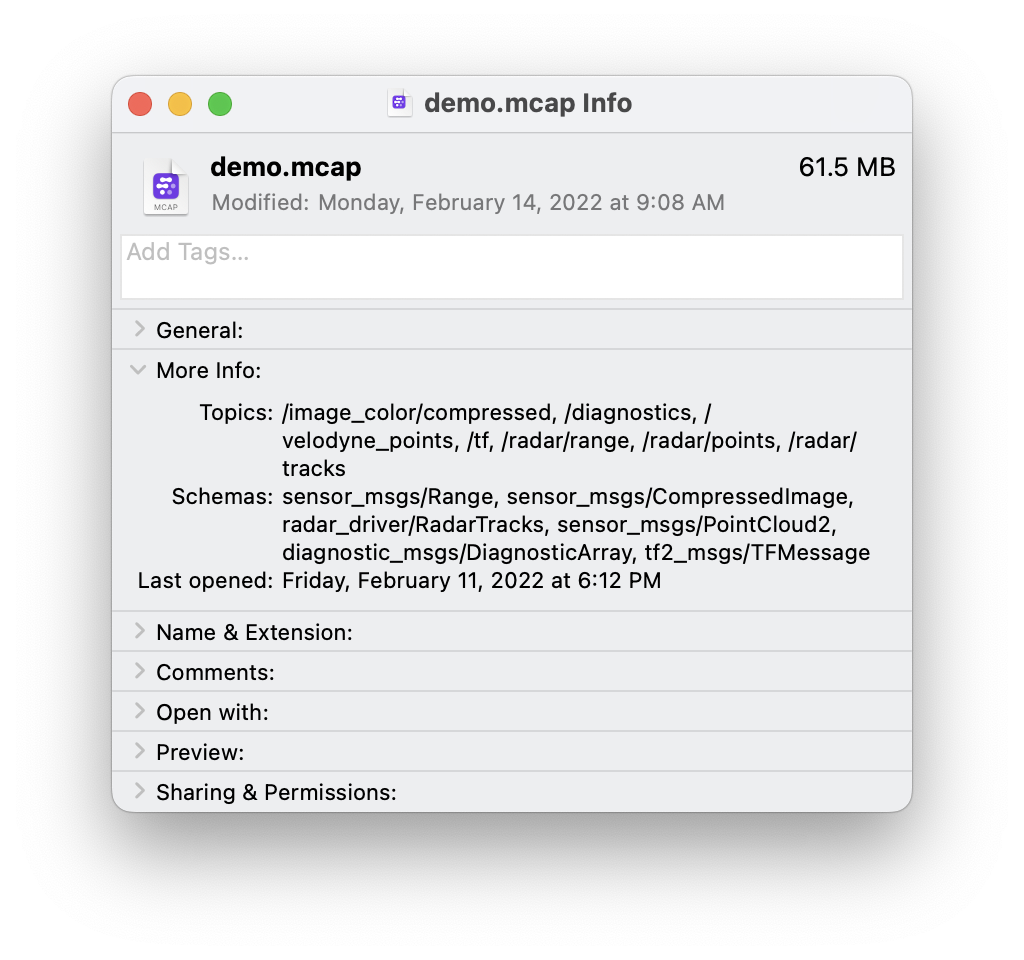 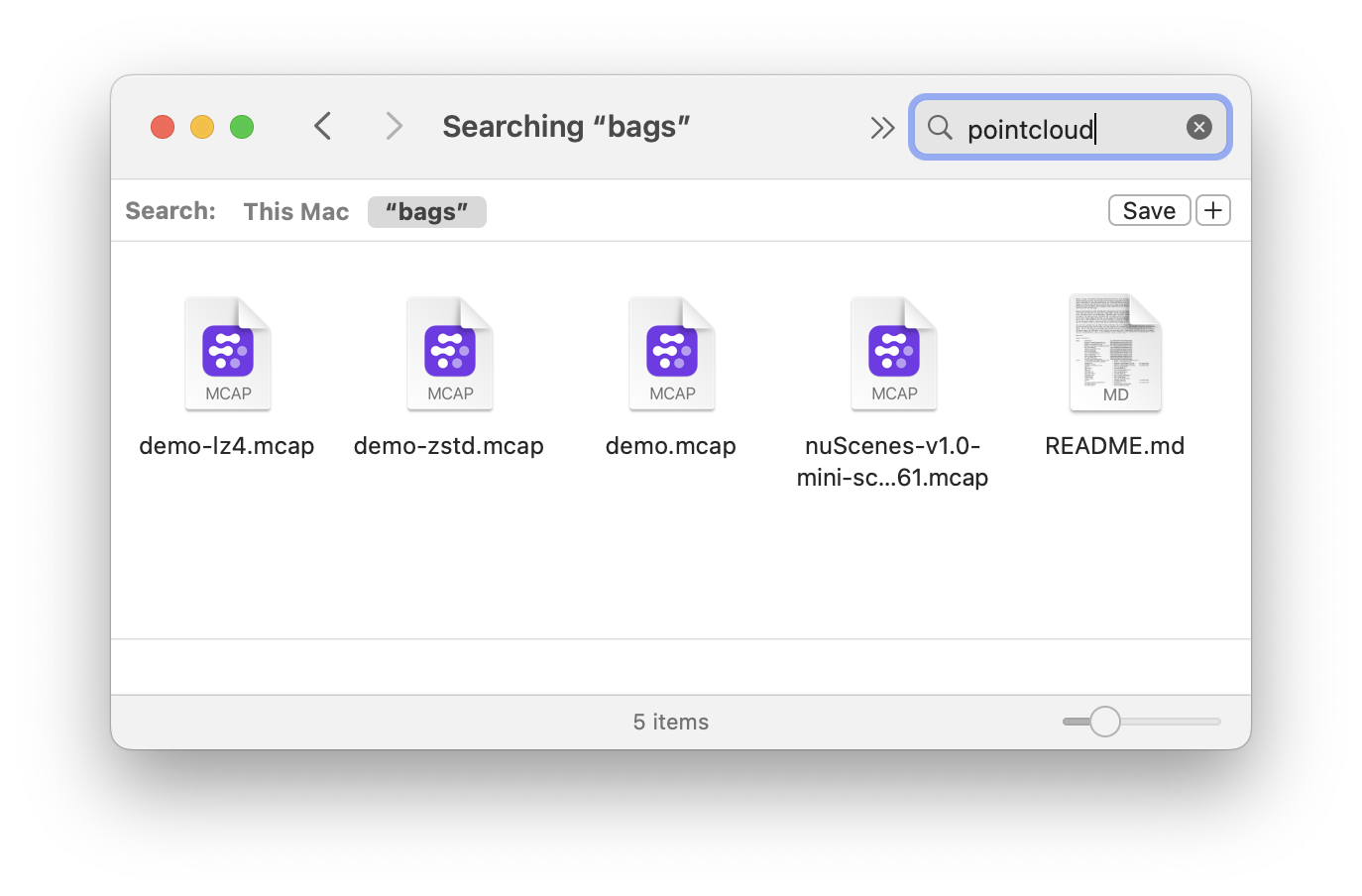 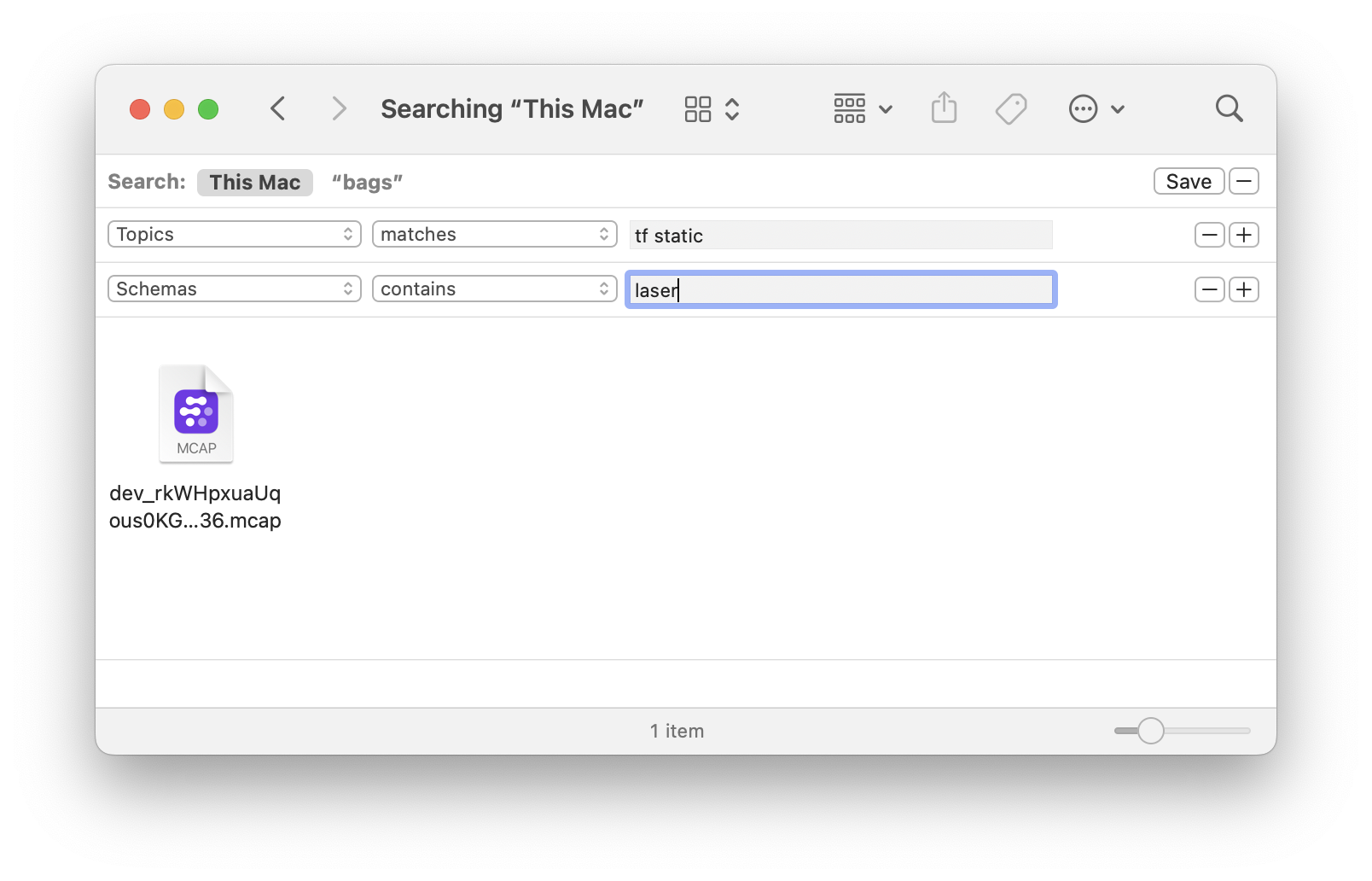 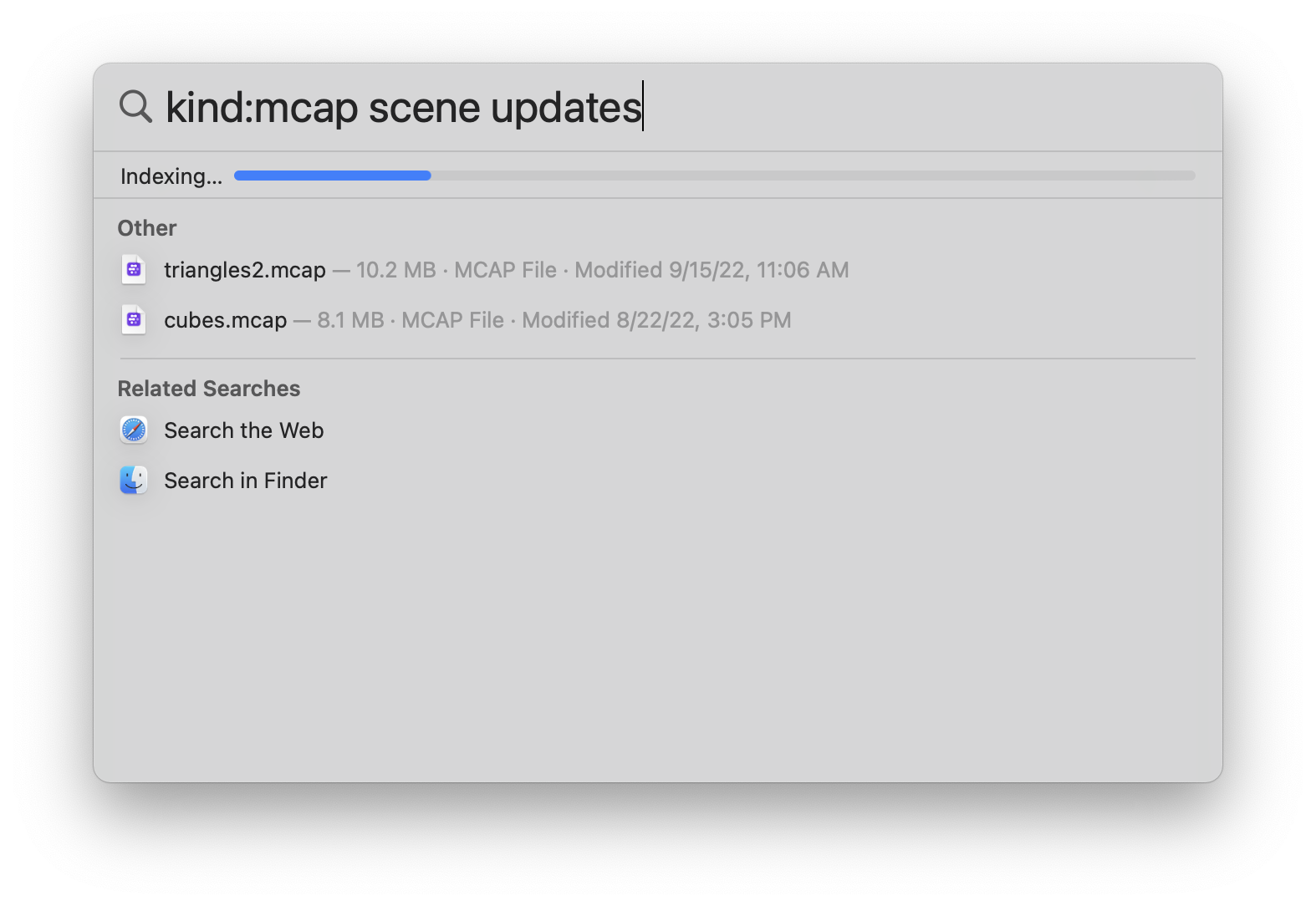 You can make a local build using Xcode, or by running make build. When using make build, the output is placed in ./build/Release.