XCode and Swift game based on the generation of random cards and some functions related to the comparison of the results.
Once a card is generated (one for Player and one for the CPU), both will be compared (either one of them won because of a higher card
or a tie in case both had the same card). Depending on the result of the comparison, a counter for each will be displayed alongside with
information about the winner of that generation or the overall winner when the maximum score is reached by either Player or CPU (right now it’s set to 10). 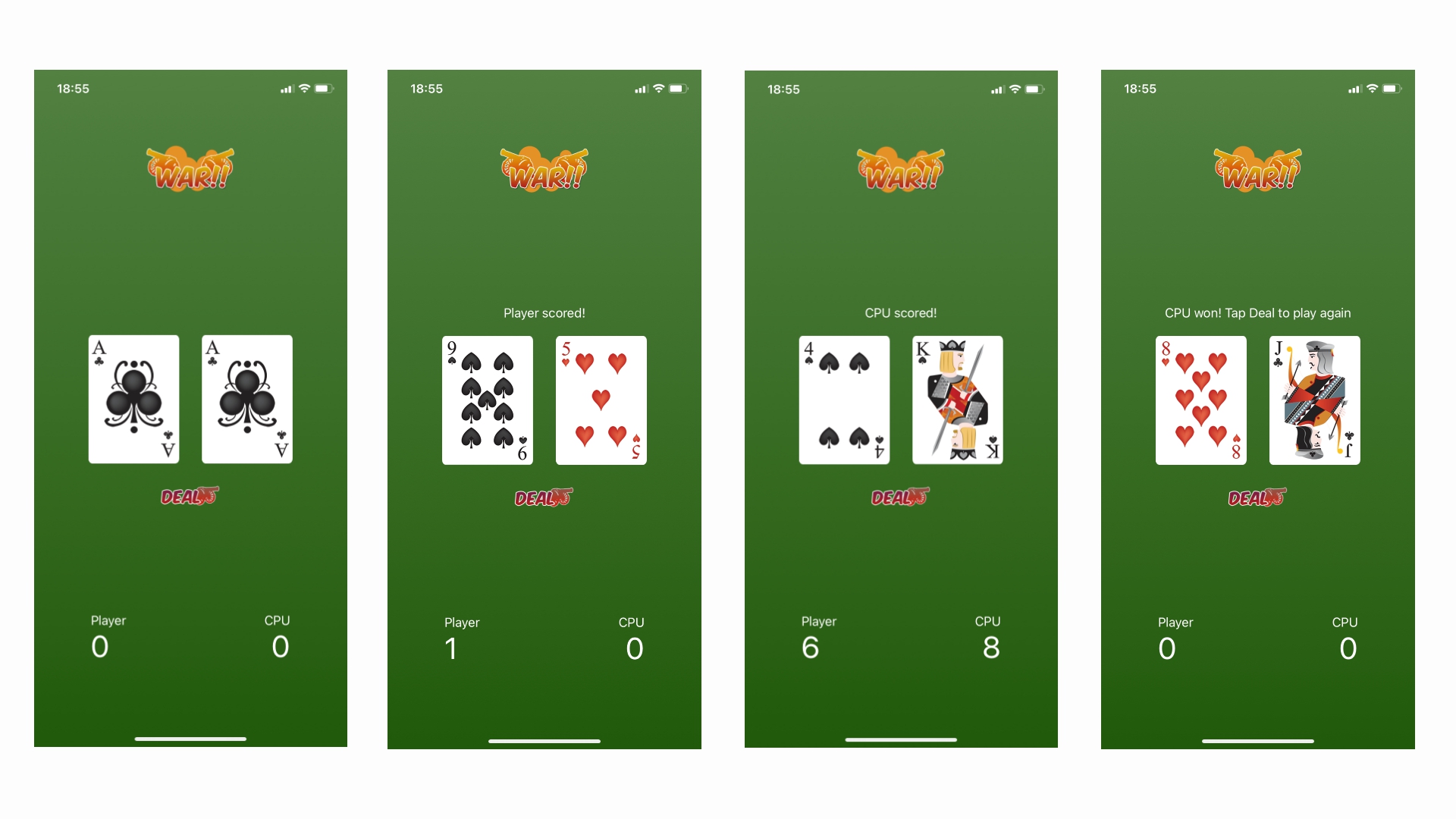