DeepInfant® is a Neural network system designed to predict whether and why your baby is crying. 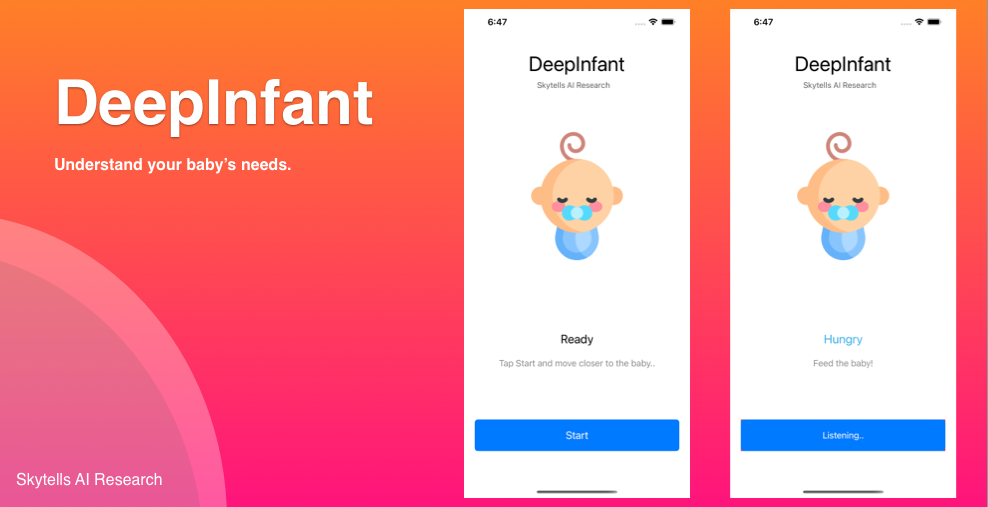 DeepInfant uses artificial intelligence and machine learning algorithms to determine which acoustic features are associated with which one of baby’s needs.

For example, babies who are in pain demonstrate cries with high energy, while a fussy cry may have more periods of silence. We are preparing our findings for academic review and publication within a single well trained model based on academic datasets.

DeepInfant is a machine learning model that uses arts of artificial intelligence to predict your baby’s needs based on sound classification of cries.

This repo is published with pre-trained CoreML Models.

This repo contains an example of using DeepInfant_VGGish model to build an iOS app that analyzes baby’s cry sound with and push a prediction results with a tip of how to deal with each predicted result.

The audio clips have a sample rate of 16000 Hz and a duration of about ~7 secs. This means there are about 16000*7 numbers per second representing the audio data. We take a fast fourier transform (FFT) of a 2048 sample window, slide it by 512 samples and repeat the process of the 7 sec clip. The resulting representation can be shown as a 2D image and is called a Short-Time Fourier Transform (STFT). Since humans perceive sound on a logarithmic scale, we’ll convert the STFT to the mel scale. The librosa library lets us load an audio file and convert it to a melspectrogram

The melspectrogram of a baby crying looks like the image below 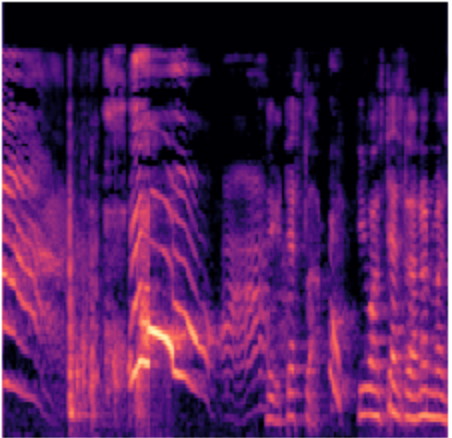 In order to build the spectrograms of the audio samples needed for training the model, we’ll be using the fantastic audio loader module for fastai v1 built by Jason Hartquist. 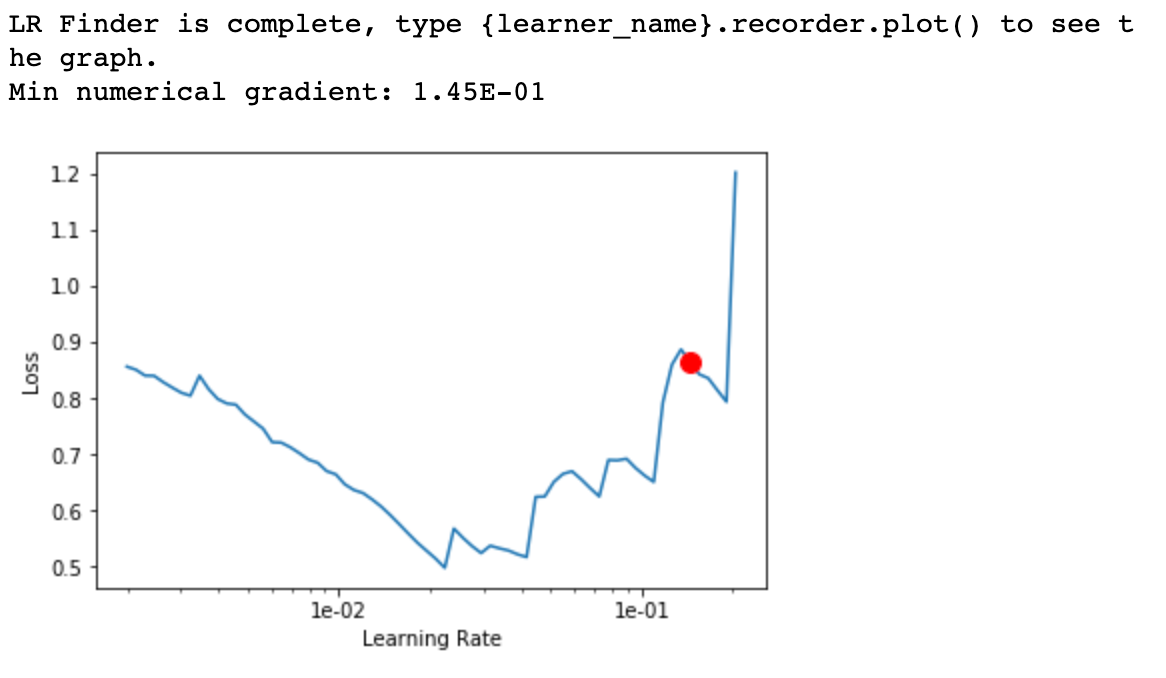 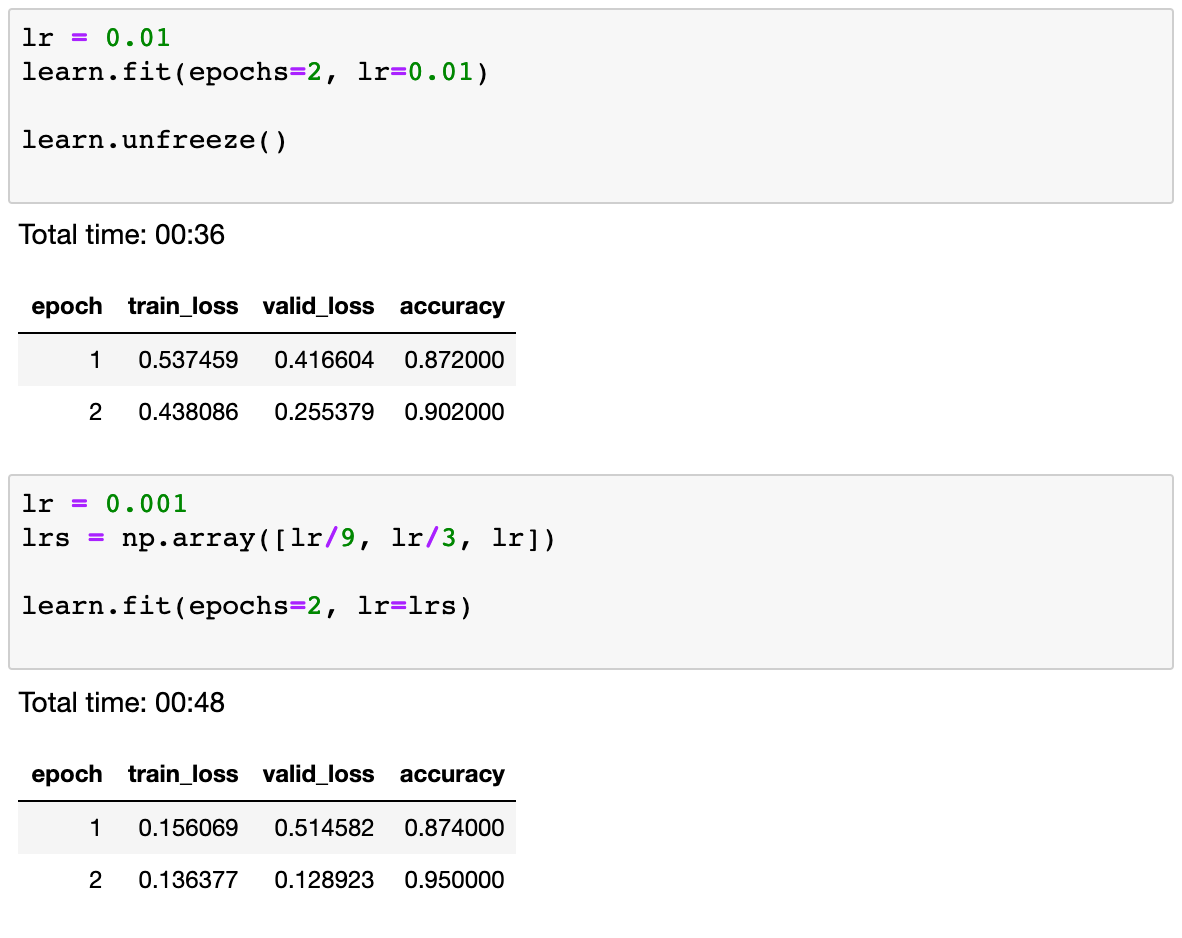 Now that we have a really good model, in order to use it in a real application, we need to be able to run predictions over an audio stream in real time.

We use the pyaudio library to read audio samples from the device microphone and then convert the audio data into numpy arrays and feed it to the model.

The above code reads a 7 sec audio clip from the microphone and loads that into memory. It converts it to a numpy array and runs the model on them to get a prediction. This simple piece of code is now ready to be deployed to a service or an embedded device and be used in real applications !

The audio files should contain baby cry samples, with the corresponding tagging information encoded in the filenames. The samples were tagged by the contributors themselves. So here’s how to parse the filenames.

version 1.0 of the mobile app was used, the user tagged the recording to be of a boy, the baby is 0-4 weeks old according to the user, the suspected reason of the cry is hunger

Please feel free to contact us if you need any further assistance.

Licensed under the Apache License, Version 2.0 (the “License”);
you may not use this file except in compliance with the License.
You may obtain a copy of the License at

Unless required by applicable law or agreed to in writing, software
distributed under the License is distributed on an “AS IS” BASIS,
WITHOUT WARRANTIES OR CONDITIONS OF ANY KIND, either express or implied.
See the License for the specific language governing permissions and
limitations under the License.