Simply go to the Releases page of this repository. (Link to latest release)

Drag the app to your Applications folder. If you wish to have it running when logging in, you should be able to add LosslessSwitcher in System Preferences:

There isn’t much going on, when it comes to the UI of the app, as most of the logic is to:

As such, the app lives on your menu bar. The screenshot above shows it’s only UI component that it offers, which is to show the sample rate that it has parsed from Apple Music’s logs. 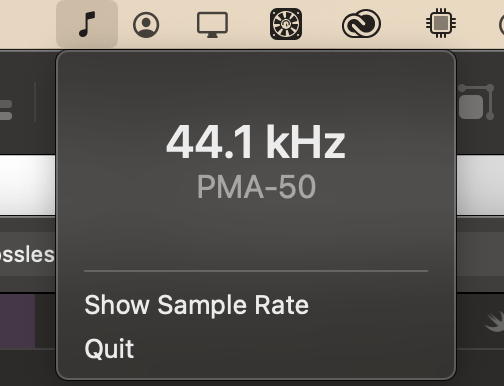 If you wish, the sample rate can also be directly visible as the menu bar item. 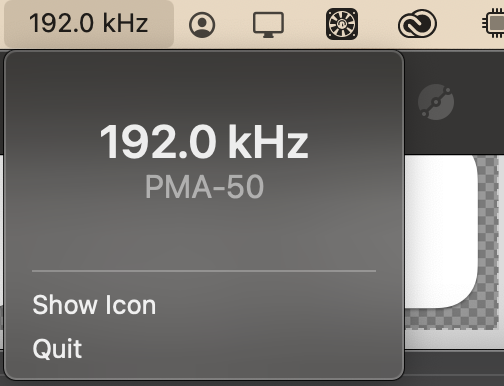 Do also note that:

Ever since Apple Music Lossless launched along with macOS 11.4, the app would never switch the sample rates according to the song that was playing. A trip down to the Audio MIDI Setup app was required. This still happens today, with macOS 12.3.1, despite iOS’s Music app having such an ability.

I think this improvement might be well appreciated by many, hence this project is here, free and open source.

Due to how the app works, this app is not, and cannot be sandboxed. It also has the following requirement, due to the use of OSLog API:

Other than that, it should run on any Mac running macOS 11.4 or later.

By using LosslessSwitcher, you agree that under no circumstances will the developer or any contributors be held responsible or liable in any way for any claims, damages, losses, expenses, costs or liabilities whatsoever or any other consequences suffered by you or incurred by you directly or indirectly in connection with any form of usages of LosslessSwitcher.

I did not test on any Macs running macOS 11, Use at your own risk.

UPDATE: A reddit user has updated to me that LosslessSwitcher is working on Apple Silicon Macs! Thanks!

You can add to this list by modifying this README and opening a new pull request!

Love the idea of this?

If you appreciate the development of this application, feel free to spread the word around so more people get to know about LosslessSwitcher. You can also show your support by sponsoring this project!