SwiftTerm is a VT100/Xterm terminal Emulator for Swift applications that can be embedded into macOS or iOS applications.

This repository contains both the terminal emulator engine, as well as concrete implementation for iOS using UIKit, and macOS using AppKit.

The macOS AppKit NSView implemention TerminalView is a reusable
NSView control that can be connected to any source by implementing the
TerminalViewDelegate.
I anticipate that a common scenario will be
to host a local Unix command, so I have included
LocalProcessTerminalView
which is an implementation that connects
the TerminalView to a Unix pseudo-terminal and runs a command there.

There is an equivalent UIKit UIVIew implementation for
TerminalView
which like its NSView companion is an embeddable and reusable view
that can be connected to your application by implementing the same
TerminalViewDelegate. Unlike the NSView case running on a Mac, where
a common scenario will be to run local commands, given that iOS does
not offer access to processes, the most common scenario will be to
wire up this terminal to a remote host. And the safest way of
connecting to a remote system is with SSH.

The core library currently does not provide a convenient way to connect to SSH, purely
to avoid the additional dependency. But this git module references a module that pulls
a precompiled SSH client (Frugghi's SwiftSH), along with
a UIKitSsshTerminalView
in the iOS sample that that connects the TerminalView for iOS to an SSH connection.

The iOS and UIKit code share a lot of the code, that code lives under the Apple directory.

Both of these rely on the terminal engine (implemented in class
Terminal). The engine itself does not have a user interface, nor
does it take input, nor does it know how to connect to an actual
process, those are provided by higher levels.

In the longer term, I want to also add a tvOS UIView, a SwiftGtk
front-end for Linux, as well as an implementation for my Swift console toolkit
TermKit/

This is a port of my original XtermSharp, which was
itself based on xterm.js. At this point, I consider SwiftTerm
to be a more advanced terminal emulator that both of those (modulo Selection/Accessibility) as
it handles UTF, Unicode and grapheme clusters better than those and has a more complete coverage of
terminal emulation. XtermSharp is generally attempting to keep up.

SwiftTerm uses the Swift Package Manager for its build, and you can
add the library to your project by using the url for this project or a
fork of it.

If you are using Xcode, there are two toplevel projects, one for Mac
and one for iOS. This is needed because Xcode does not provide code
completion for iOS if you have a Mac project in the project. So I had
to split them up. Both projects reference the same SwiftTerm package.

You can use swift build to build the package, and swift test to
run the test suite - but be warned that the test suite expects the
directory esctest to be checked out to run. You can see how I run
these on GitHub actions in the file .github/workflows/swift.yml if you
want to do this locally.

GitHub issues has a list of desired features and enhancements 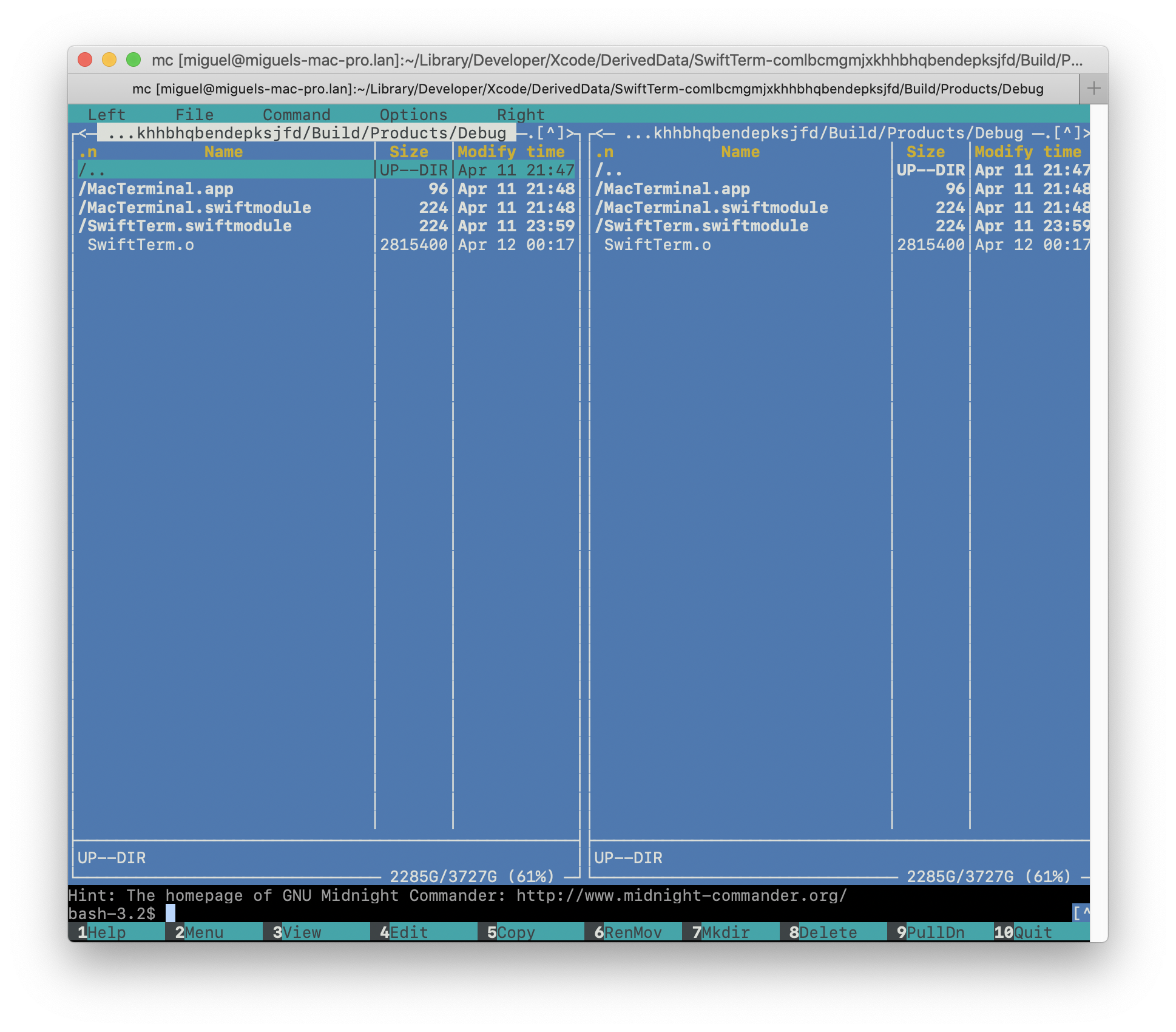 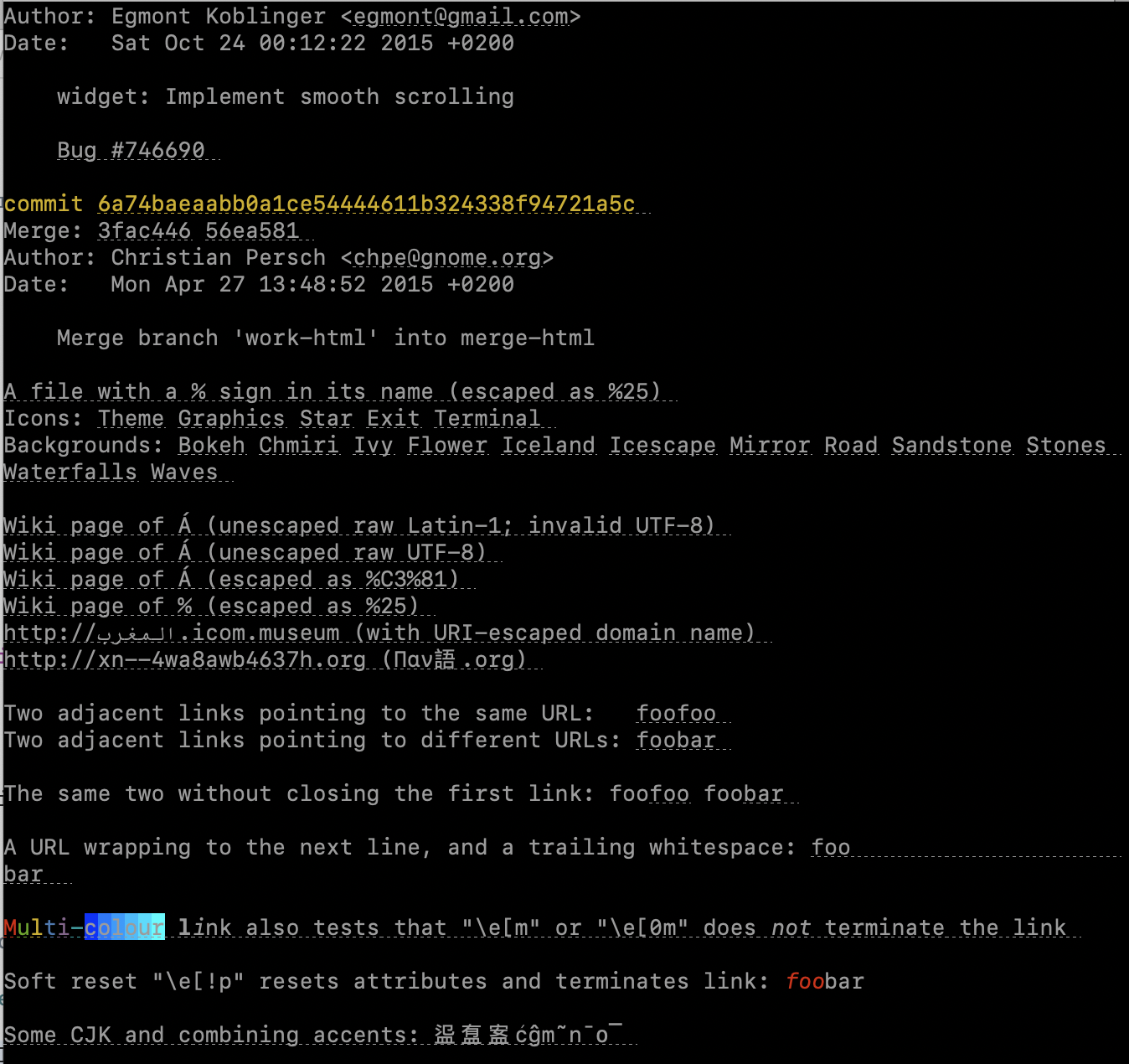 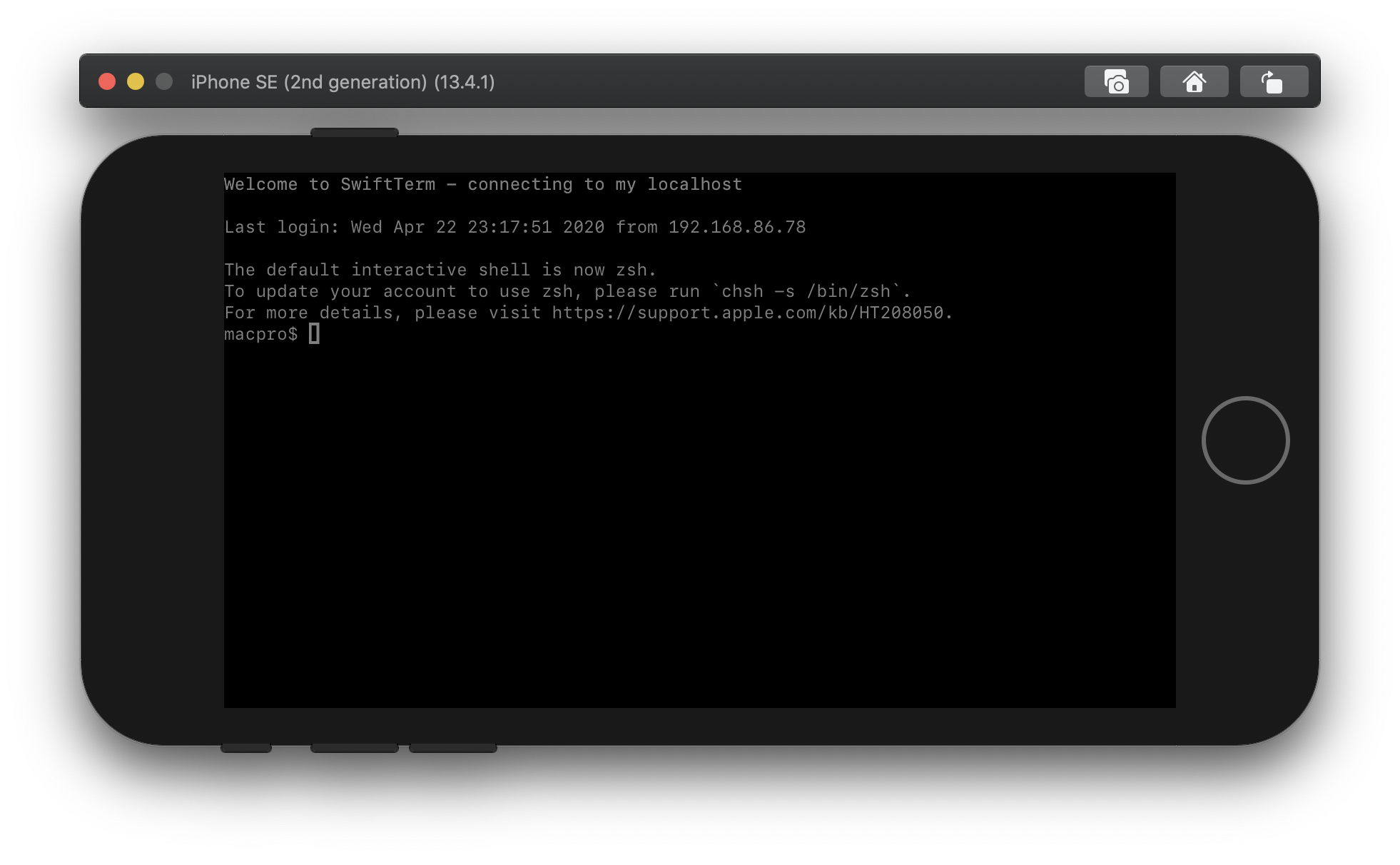 Implementation of Chip8 emulator in Swift, ported for iOS
09 April 2022
NES emulator, written in Swift
05 January 2022
A compiler, assembler and emulator for the QCPU 2 architecture
22 November 2021